Achilles tendon ruptures are common in jumping and change of direction sports such as basketball and soccer but can happen just from stepping off of a curb or on uneven ground. The tendon that attaches the big muscles in the back of your calf to the heel bone snaps.

Until recently, the sports medicine community has assumed that athletes do better with surgery based on data showing a lower rate of Achilles tendon re-rupture and a better functional outcome than traditional immobilization treatment. New evidence shows that early functional rehabilitation, with early weight-bearing and range of motion exercises, could stimulate tendon repair and reduce re-rupture rates.

Check out this study published in The Journal of Foot and Ankle Surgery. It was a meta-analysis which reviewed ten published randomized controlled trials with a total of 934 patients. Here’s a quick summary of the results:

It just so happens that you’re reading the blog of a sports chiropractor with additional training in functional movement and rehab. 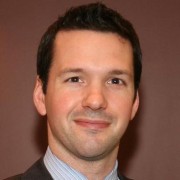 Dr. Labelle is a board certified Chiropractic Sports Physician and National SAFE Instructor. He utilizes a unique background in kinesiology, orthopedics, sports medicine, functional rehabilitation, and chiropractic to help athletes of all ages and skill levels.

Patrick Labelle, DC is ranked as a top Chiropractor in Chicago IL
Verified by Yocale.com

In the heart of Lakeview / Lincoln Park